The 40th Toronto International Film Festivalvcomes to a close with record highs for industry attendance, including more than 2,100 buyers for a 9% increase over last year. The Festival saw strong film sales: among the highlights was the sale of the Midnight Madness sci-fi action movie Hardcore, which sold to STX for a reported $10 million. To date, 36 films were sold during the Festival to multiple territories. There were substantial U.S. sales for Anomalisa (Paramount), Eye in the Sky (Bleecker Street), Forsaken (Momentum Pictures), Into the Forest (A24), ma ma (Oscilloscope), Mr. Right (Focus), The Program (Momentum) and Sunset Song (Magnolia). Platform titles Neon Bull (Kino Lorber) and Land of Mine (Sony Pictures Classics) both claimed U.S. deals, while Primetime crime series Trapped sold to The Weinstein Company.

The Festival’s Industry Office saw the number of registered delegates increase by 7% over 2014 with 5,450 delegates from 80 countries. The territories with the highest growth in registrants were Africa (33%), Europe (25%), and Australia/New Zealand (13%). Industry initiatives introduced this year included the Digital Screening Library and a live feed of popular Conference sessions direct to the Industry Centre.

« Ifs been an exciting year for sales with significant deals being made at the Festival. Ifs a major draw for the industry and a hub for buyers from around the world, » sa id Cameron Bailey, Artistic Director of the Toronto International Film Festival. « Each year the TIFF Industry Office ensures that industry professionals who attend the Festival are provided with the opportunities, tools and information they need to successfully network and further their business, as weil as creative goals. Ifs a key component that drives the increase in numbers we see year after year. »

‘Toronto’s enthusiastic audiences turned out for a cluster of high-profile titles, creating hype for Awards season and bolstering interest from international buyers, » said Kathleen Drumm, Director of TIFF’s Industry Office. « There were sales for the strong lineup of independent films showcased at the Festival along with substantial pre-sales. »

Canadian films sold during the Festival include: February, Forsaken, Into the Forest and Sleeping Giant.

TIFF is a charitable organization with a mission to transform the way people see the world. through film.

TIFF is a charitable cultural organization whose mission is to transform the way people see the world, through film. An international leader in film culture, TIFF projects include the an nuai Toronto International Film Festival in September; TIFF Bell Lightbox, which features five cinemas, major exhibitions, and learning and entertainment facilities; and innovative national distribution program Film Circuit. The organization generates an an nuai economie impact of $189 million CAD. TIFF Bell Lightbox is generously supported by contributors including Founding Sponsor Bell, the Province of Ontario, the Government of Canada, the City of Toronto, the Reitman family (Ivan Reitman, Agi Mandel and Susan Michaels), The Daniels Corporation and RBC. For more information, visit tiff.net.

The Toronto International Film Festival is generously supported by Lead Sponsor Bell, Major Sponsors RBC, L’Oréal Paris and Visa, and Major Supporters the Government of Ontario, Telefilm Canada and the City of Toronto. 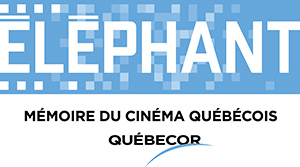